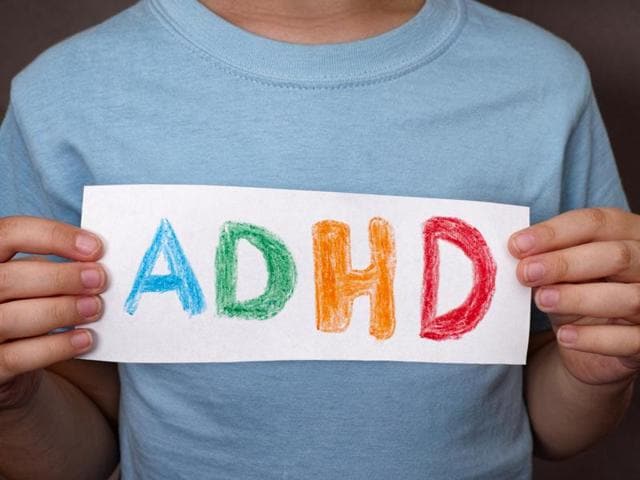 New research has shown that daydreaming isn’t just relaxing and rejuvenating. It activates unique brainwave patterns linked to creativity and problem-solving too.

Look away for a minute. Stare into the distance. Let your mind glide from one thought to another. This, in some ways, is your brain at its most remarkable.

New research suggests that daydreaming and wool-gathering aren’t just relaxing and rejuvenating. They’re specialised mental functions that correspond to a unique pattern of brain waves linked to creativity and problem-solving. Put the mind on autopilot, give it enough free rein and it starts to pick points to focus on at random, from whatever juts out of the mental landscape. A recipe for tomorrow (note: try xyz ingredient as bookmarked earlier); a tiff with a colleague (try abc as a different tack); the kid’s school project (oh… we forgot to hit send when we were done). And so it is that one “suddenly” remembers, realises, re-checks.

“clean out inbox and clear cache” function. The ability to let the mind wander comes naturally. Why would the brain have honed this unusual skill?

“Its most important function is to aid survival and, in the face of a challenge, assess threats and opportunities so as to identify the best possible outcomes. That could be the reason why our minds have learnt to wander,” says Sonal Anand, a consultant psychiatrist at Wockhardt Hospital, Mumbai.

A wandering mind scrolls through problems in the head, lists possible outcomes and courses of action. “Sometimes it allows you to see with greater perspective. In a wandering mind, all these thoughts find a place to exist,” Anand says.

As screens crowd the mental horizon, studies have analysed the impact of not making enough time for the mind to wander. A recent study led by researchers at the University of California, Berkeley (co-authored by researchers from the Universities of Calgary, Virginia and New Hampshire), has additionally used EEG scans to confirm that it is in tuning out the external world and allowing thoughts to move freely that one can promote relaxation and exploration both.

Using electroencephalograms to measure brain activity, the researchers sought to identify four different categories of thinking: task-related, freely moving, deliberately constrained and automatically constrained. Their findings, published in the journal Proceedings of the National Academy of Sciences in January, state that when thoughts moved freely from one topic to the next, there was an increase in alpha wave activity in the brain’s frontal cortex, a pattern related to the generation of creative ideas.

“For the first time, we have neurophysiological evidence that distinguishes different patterns of internal thought, allowing us to understand the varieties of thought central to human cognition and to compare between healthy and disordered thinking,” writes the study’s senior author Robert Knight, a professor of psychology and neuroscience at UC Berkeley.

So while you’re driving, walking the dog, scrolling through a timeline, your mind flits in and out of the task at hand. When it’s not focused on the post, the path or the road you’re on, it’s on autopilot again, vrooming over your thoughtscape, looking for large or small fires to fight, quietly coming up with a workaround to something your brain had been tasked with and had been waiting to work on in the background.

“This type of wandering is unintentional, but highly functional,” says mindfulness teacher Manish Behl. “Intentional mind-wandering is also what we know of as divergent thinking.”

Which is not to say that a wandering mind cannot be a negative. The most obvious drawback of a mind that wanders too much is the harm to essential tasks that need to be attended to in the now. Another drawback can come from what the wandering mind flits between and settles on.

“Whether it’s purposeful or spontaneous, the contents of your daydreaming will depend on what kind of mood you are in,” says Behl.

Want to help your mind wander? Give it space. Step away from tasks and chores and, crucially, don’t fill the vacant time with distractions. Put the phone down, look into the distance. Perhaps inspiration will strike. Maybe a reminder will go off in your head. At the very least you’ll be more alert and effective when you return to your day.

Do you want to become Mindfulness Trainer?  Join this global certification program

Pandemic Fatigue Getting to You? Here’s How Mindfulness Can Help : Tips to Create Boundaries During Work From Home :

THE POWER OF YOUR MIND 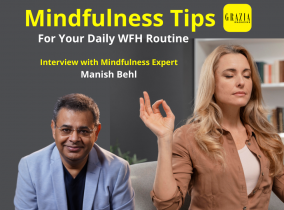 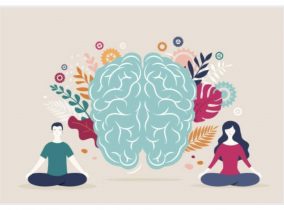 Embrace these mental health practices for a happier 2021 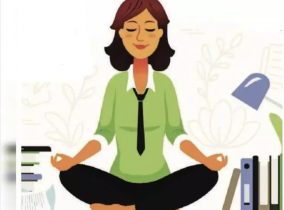 Building mental resilience in the time of pandemic

By manish No Comment
With a simple desire powered by will, you can become loving, resilient and compassionate.

The purpose of Mindfulness is to extend the conscious realm deep into the subconscious mind.

One can remain pure, both in thoughts and deeds in difficult situations just like a lotus living in muddy waters. 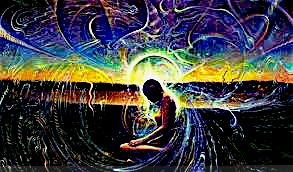 Meditation ” A Path to Success” 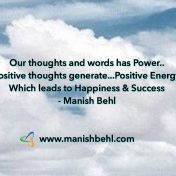 Power of Thoughts and Words 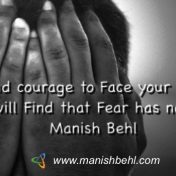 Find Courage to Face your Fear